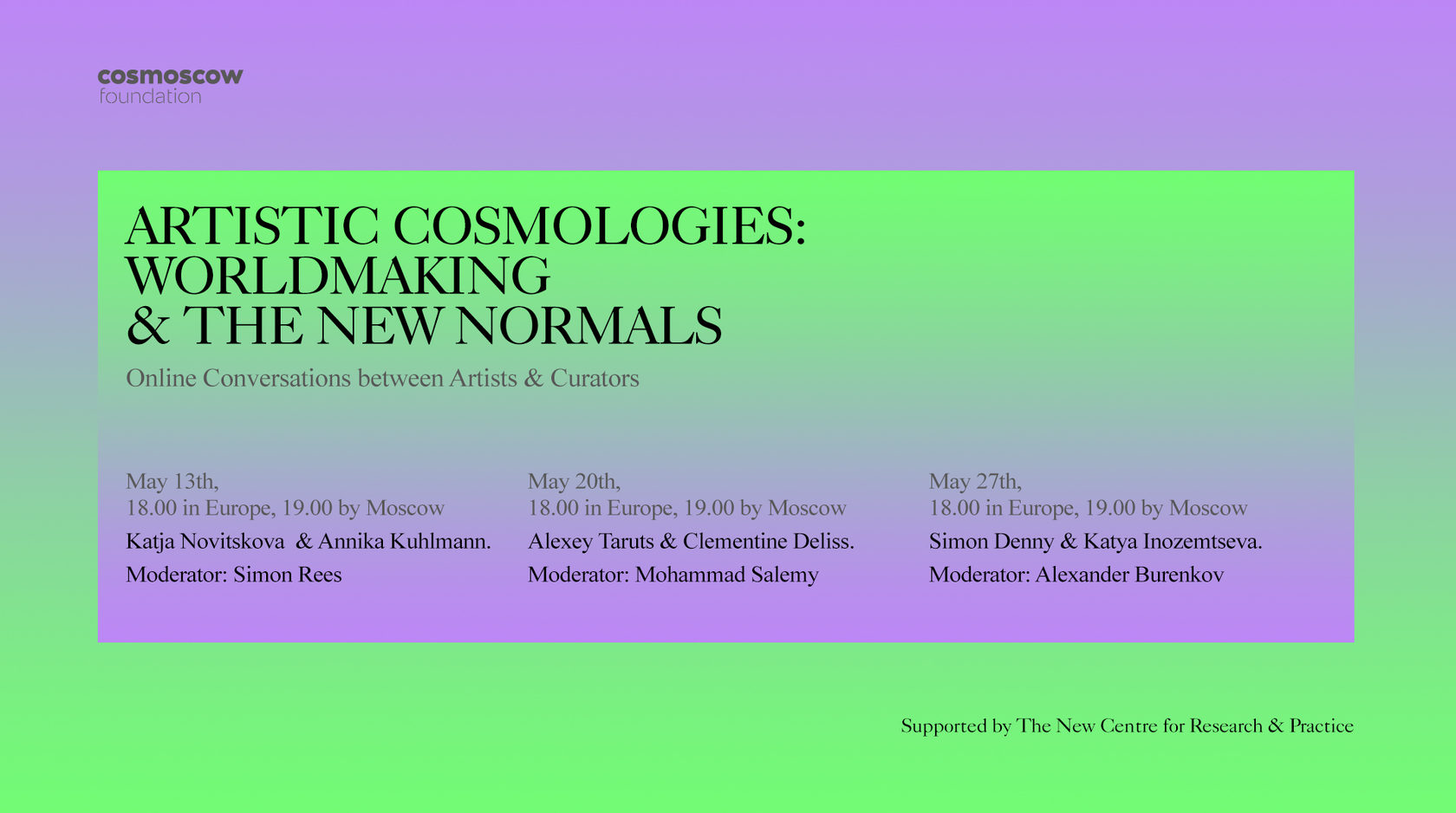 The Cosmoscow Foundation for Contemporary Art with the support of The New Center for Research & Practice launches the Public Program of the "Off White" Charity Auction – "Artistic Cosmologies: Worldmaking & the New Normals". Series of online conversations will relate the work of the artists various dimensions of our jarringly unpredictable world and let address the most significant issues of the time and the current crisis caused by the pandemic. The intention of the project is to utilize the internet to provide a space in which artists and those who think critically about art from the very privacy of their homes and studios can come out to recreate the notion of public in a different space.

Mohammad Salemy, curator of the 'Off White’ Charity Auction,
the Organizer at The New Centre for Research & Practice:

"Throughout the turbulent history of the XX and XXI centuries, modern and contemporary art has been a resilient global force which has already witnessed and withstood major events. In these times, new art, even though a traditional human trait, has always engaged new ways of what in philosophy they call worldmaking.In a 1978 single-shift work, a classic of analytical philosophy Nelson Goodman demonstrated that since the judgment of art is subject to the primary categories of perception and aesthetics, many dimensions of Worldmaking in art on the sensual level play out according to its ability to conjure possible worlds with precise and cohesive formal claims".

The public program “Artistic Cosmologies” consists of two sessions: three discussions will be held in May and three discussions – in September. In May the curator of the 'Off White’ Charity Auction Mohammad Salemy, the artistic director of the Cosmoscow Art Fair Simon Rees and the curator of the Cosmoscow Foundation Alexander Burenkov will each engage with two guests: a curator and an artist, – and make their predictions about what the world will be after coronavirus. In September, in anticipation of the “Off White” auction, the second session of the public program will be held, and it will allow to return to what was discussed in the framework of the May session and to analyze thoughts and ideas in retrospect with new participants.

All discussions of the public program will take place on Zoom and broadcasted on YouTube. Each starts at 19:00 (by Moscow). The working language is English. All the discussions will be available on the YouTube channel of the Cosmoscow Foundation.